The British billionaire who HAS built a car: Sir Jim Ratcliffe reveals his Ineos Grenadier 4X4 to rival Land Rover in the wake of Dyson's failed electric vehicle project

Sir Jim Ratcliffe has proved that a British billionaire can bring an all-new car to market, today launching his 'back to basics' Ineos Grenadier - a rugged, hard-working and utilitarian 4X4 machine.

The Grenadier was conceived in the pub of the same name in London’s Belgravia three years ago by the Inoes boss to fill what he perceived to be a ‘gap in the market’ for a ‘stripped back' offroad vehicle that is capable of going anywhere.

The boxy off-roader is expected to cost from between £30,000 and £45,000 and will go into full production in Wales from late next year.

It aims to deliver the kind of no-frills 4x4 performance that made the original Land Rover a legend.

And despite its uncanny resemblance to the Defender, Jaguar Land Rover was powerless to stop it after losing an attempt to trademark the shape of its old 4x4 in November 2019 after a long-running battle with Ratcliffe.

Ratcliffe, who was named the fifth richest man in Britain by the Sunday Times this year - with an estimated wealth of £12.2 billion - has achieved what the man at the top of the rich list - Sir James Dyson - couldn't after he pulled the plug on his own electric car project last year.

Here's everything you need to know about Grenadier and how it will be aimed at buyers who have already turned their nose up at Land Rover's new style-orientated Defender.

If imitation is the sincerest form of flattery, then Ratcliffe’s long-awaited 4X4 certainly has a very familiar look to it - resembling the squared-off silhouette of the previous-generation Defender that went out of production four years ago.

The industrial-looking Grenadier has been designed so that it is easy to customise and modify so that owners can impose their own individual personality and stamp but also retrofit the 4X4 for whatever task is required.

Developers behind the project say it won't be a ‘jelly-mould’ or ‘pavement princess’ sports utility vehicle, in what could be seen as a subtle dig at Land Rover's recently launched all-new Defender.

The arrival of the Grenadier not only comes at a time when there's a clear void in the market, but also debuts in an unprecedented period when businesses are suffering and global markets and fortunes are being hammered by the coronavirus pandemic.

It also follows the well-documented collapse of Sir James Dyson's own automotive venture.

The vacuum-cleaner mogul's defunct electric SUV has been shown in its final prototype state in the last month, as the British billionaire - who topped The Sunday Time Rich List 2020 with a net worth of £16.2billion - explained why the plug-in vehicle was deemed 'not commercially viable'.

Dyson, an ardent Brexiteer who backed Britain's departure from the EU but later faced a public backlash after announcing production of the electric car would be moved from the UK to Singapore, eventually pulled the plug on the vehicle in October 2019.

While the two vehicles couldn't be any more different - with the Dyson electric car designed to be a luxurious cruiser rather than an agricultural tool - the Ineos Automotive Grenadier is also looking to the future of alternative-fuel powertrains.

The firm plans to leap-frog into the future with a hi-tech fuel cell that uses hydrogen in a chemical reaction – rather than batteries - to generate electric power.

And cunningly it will use hydrogen gas created as a bi-product of Ratcliffe’s petrochemical business empire to fuel them.

However, from launch the new Grenadier will be powered by conventional turbocharged 3.0-litre six-cylinder petrol and diesel engines, supplied by BMW.

Unveiling the new motor, Ineos bosses said: ‘Engineered to overcome all conditions, it will provide best-in-class off-road capability, durability and reliability to those who depend on a vehicle as a working tool, wherever they are in the world.’

Chairman Sir Jim Ratcliffe said: ‘The Grenadier project started by identifying a gap in the market, abandoned by a number of manufacturers, for a utilitarian off-road vehicle.

‘This gave us our engineering blueprint for a capable, durable and reliable 4X4 built to handle the world’s harshest environments. But it had to look the part as well.’

This gap in the rugged mud-plugger market has mainly been created by Land Rover ending on January 29 2016 production of its original year-old Defender some 67 years after its launch (as the original Land Rover) at the Amsterdam Motor Show in April 1948.

Over the period more than two million were built. It has been replaced with a modern hi-tech 21st century Defender model now on sale in showrooms priced from £40,330.

Even to the untrained eye, the new Grenadier bears more than a passing resemblance – in shape at least – to those much loved original Land Rover Defenders which have now become collectors’ items and investments since production ended in 2016.

Land Rover’s lawyers – who have already had one attempt to stop the new rival Grenadier in its mud-rutted tracks - are continuing to watch intently in case there’s any potential case to answer for design infringement.

But the team behind the Grenadier are confident they have got a winner on their hands.

Two versions of the Grenadier from launch

Ineos Automotive will launch two variants of their own off-roader – a classic 4X4 design plus a double-cab pick-up with an open load-lugging platform at the back.

Part of the unsatisfied demand for old-school 4X4s has been plugged, in part, by a rise in demand for large, basic, double-cab pick-up trucks, they believe. More variant are set to follow.

Until now only grainy spy shots of the camouflaged vehicle on test in disguise have been seen.

Car enthusiast, fitness fanatic and adventurer Ratcliffe, 67, and his team calculate there is still a buoyant market for tough as old boots ‘old-school’ boxy 4X4s – Tonka Toys for grown-ups.

They have set out to combine ‘rugged British spirit and design with German engineering rigour’ to produce a ‘capable, durable and reliable 4x4 designed and built to handle the world’s harshest environments'.

It is ‘a truly uncompromising 4x4 built from the ground up’, the company said in a release statement issued today.

The Grenadier has been created to ‘look like a proper 4x4’ with an industrial design form that follows its function and with ‘an interior that can be hosed down'.

The off-roaders have been designed as a ‘blank canvas’ for accessories, so customers can tailor the Grenadier to their own tastes and requirements. Significantly not all accessories will be tied to Ineos but will be ‘open source’ so customers can incorporate their existing kit – or cheaper kit from third-party suppliers.

But although they aim to ‘strip away fripperies’, it won’t be spartan and will be comfortable, they insist.

It will have 21st century levels of equipment land safety systems. Plug in smart-phones can be used for sat-nav and music, such as with Apple CarPlay.

Head of design Toby Ecuyer explained: ‘The brief was simple. We set out to design a modern, functional and highly capable 4x4 vehicle with utility at its core.

'It’s there to do everything you need, and nothing you don’t. Nothing is for show.’

He added: ‘Modern engineering and production techniques ensure the Grenadier is highly capable, but we have been able to stay true to the essence of creating a utilitarian vehicle that will stand the test of time.’

Ineos insists that any broad resemblance to vehicles such as the original Land Rover Defender or the early Mercedes-Benz G-Wagon is simply a result of the engineering and physics required to build any 4X4 using a separate ‘body on frame’ or ‘ladder chassis’ and beam axles.

The firm's commercial director Mark Tennant explained: ‘It looks like what it looks like because of the job it has to do.

‘It won’t be cheap but it will be attainable. It’s designed for purpose. Nothing is for show.’

Ineos has identified three main target groups for the Grenadier

The first of these groups is utility customers such as farmers, forestry workers, estate-managers, ski instructors, small businesses and overseas charities and aid groups, rescue services and the United Nations.

But that doesn't mean it can't be a showpiece, too.

In fact, the second market is lifestyle customers from the hunting, shooting and fishing fraternities - those needing a vehicle to tow a boat or horsebox. It will also target ‘cool mums and dads ‘ who want a family runaround that’s a bit different.

Finally, the Grenadier should be hugely popular among enthusiasts who want a no-nonsense 4X4 for fun or as an off-roading hobby.

About two thirds of sales will be to lifestyle and utility buyers, with enthusiasts on lower budgets providing a useful market for second hand vehicles.

Where will Grenadier be built?

The new Grenadier will go into production late next year at a purpose-built factory being constructed at Bridgend in South Wales, which is near Ford’s engine plant that is due to close in September.

Around 100 staff are already with its engineering partner MBTech at its centre near Stuttgart in Germany.

A sub assembly plant in Estarreja, Portugal, producing chassis and body components will create up to 500 more jobs n the longer term.

Ineos Automotive has bought in world-class expertise where needed.

Austria’s Magna Steyr, which builds vehicles under contract for major manufacturers, is a partner for the Grenadier 4X4 and is developing the suspension.

German car-giant BMW is supplying the turbo-charged 3.0-litre six-cylinder petrol and diesel engines and the eight-speed automatic gearboxes are also from Germany’s ZF, which supplies to BMW, Jaguar Land Rover and more.

The ‘ladder-style’ chassis is being built by Gestamp in Spain and the axles are from Carraro, Italy.

The project has also poached talented staff with experience from the likes of Ford, Daimler, Volkswagen, Bentley. Jaguar Land Rover and Lotus.

Will there be dealers? Ineos has also outlined plans for the sales, maintenance and repair network

Instead of a traditional dealership network, customers will be able to shop online and via a network of existing agricultural and tractor traders, ‘pop-up sites’ at county shows and agricultural and equestrian events, and at off-road experience centres where buyers can try out the vehicles for themselves.

For repairs and servicing it is planning a ‘flying spanner’ service as well as a partnership with a major international chain of repair centres.

Now that the covers are off, more than a million miles of testing is planned over the coming year including in South Africa and arctic tundra.

Ineos Automotive’s chief executive Dirk Heilmann said: ‘From today the covers are off. Showing the design now allows us to focus on the critical next phase of the vehicle’s development, testing its capability and durability.’

‘Testing ‘in plain sight’ without the need for camouflage wrapping, foam blocks or fake panels is an added benefit.’

About 35 per cent of sales will be in North America, 30 per cent in the UK and Europe including Germany, with the remainder across Africa, Asia, Australia and New Zealand. 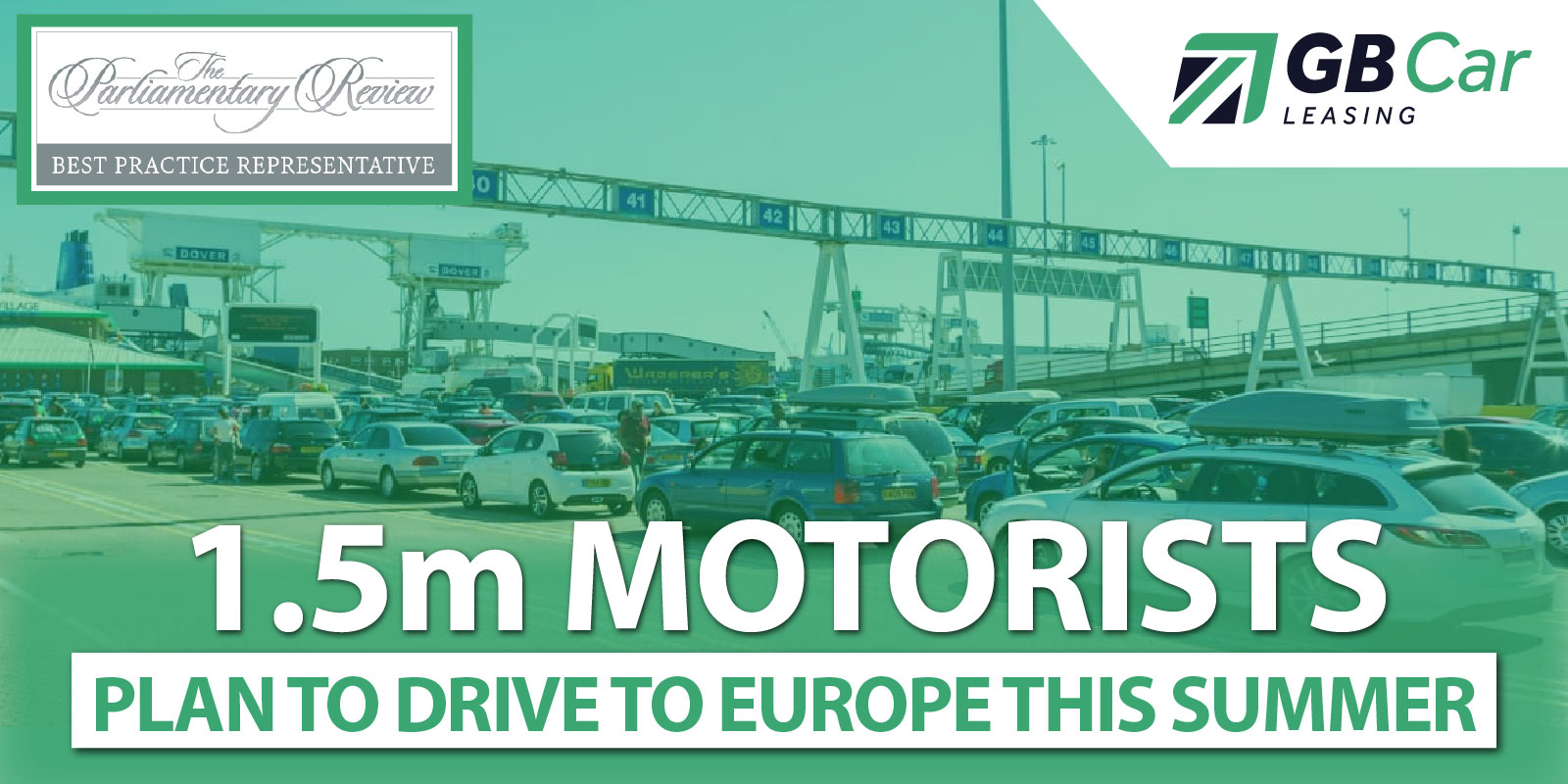 Around 1.5m drivers to take a trip to Europe by car 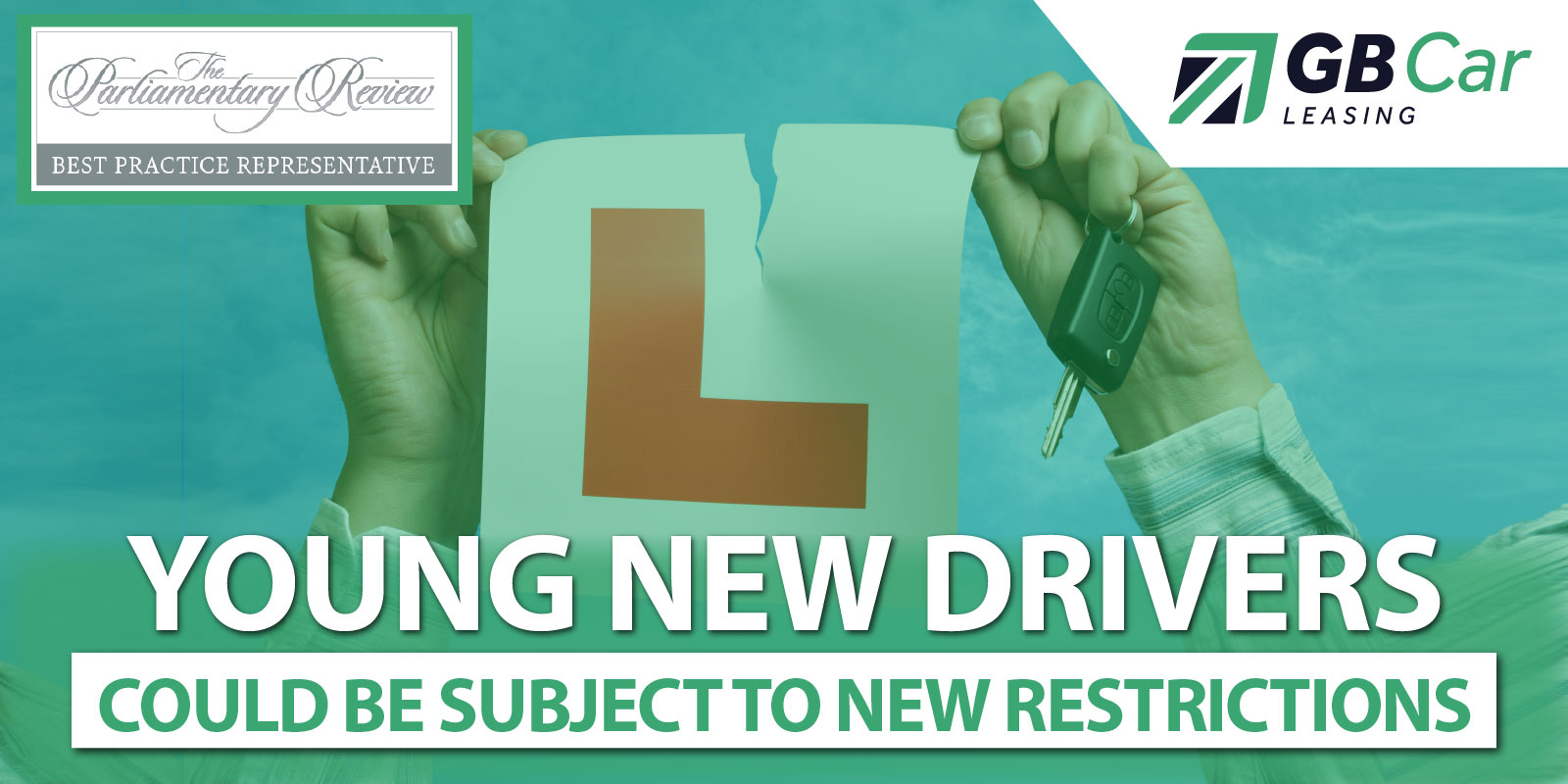 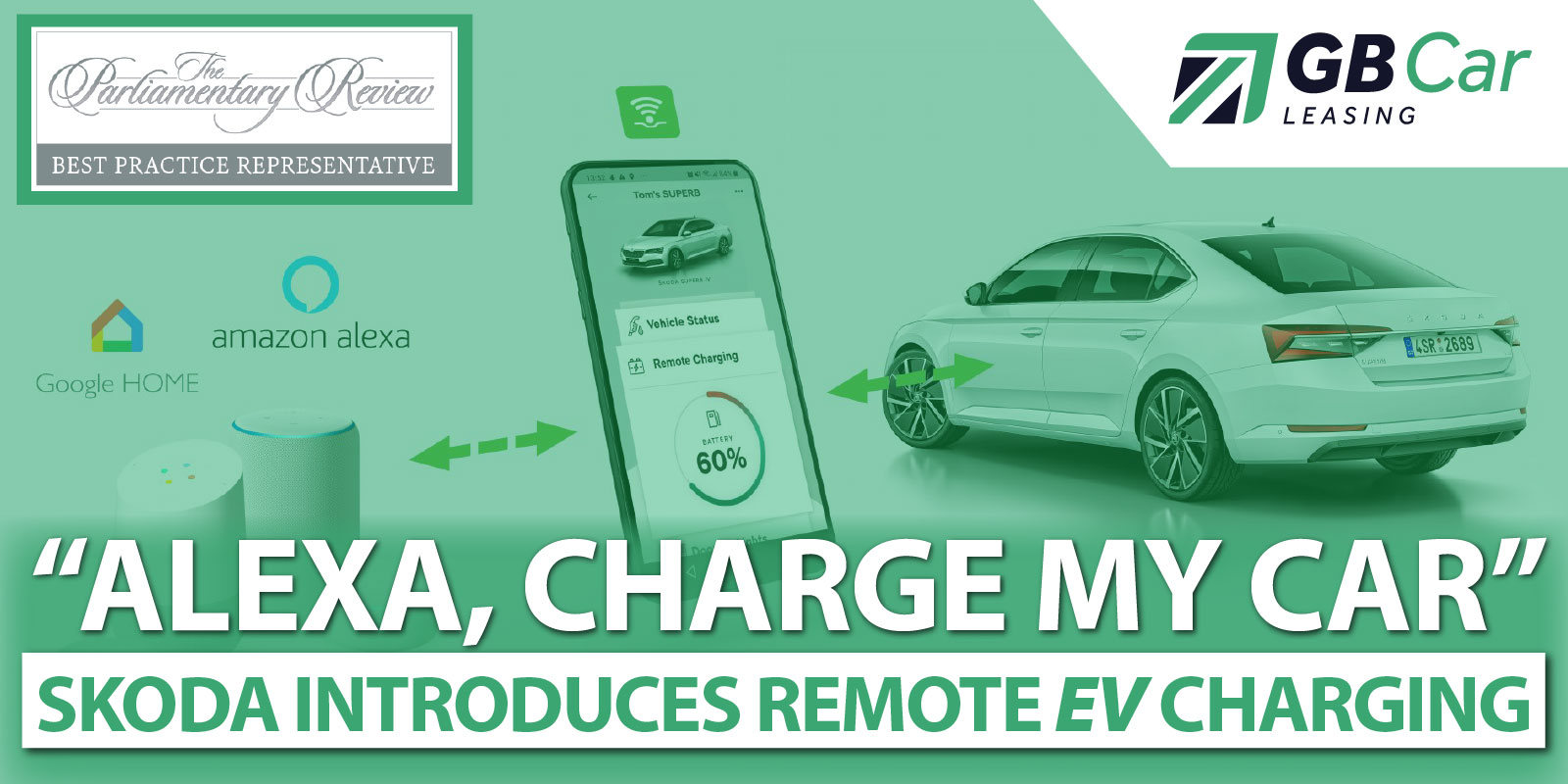